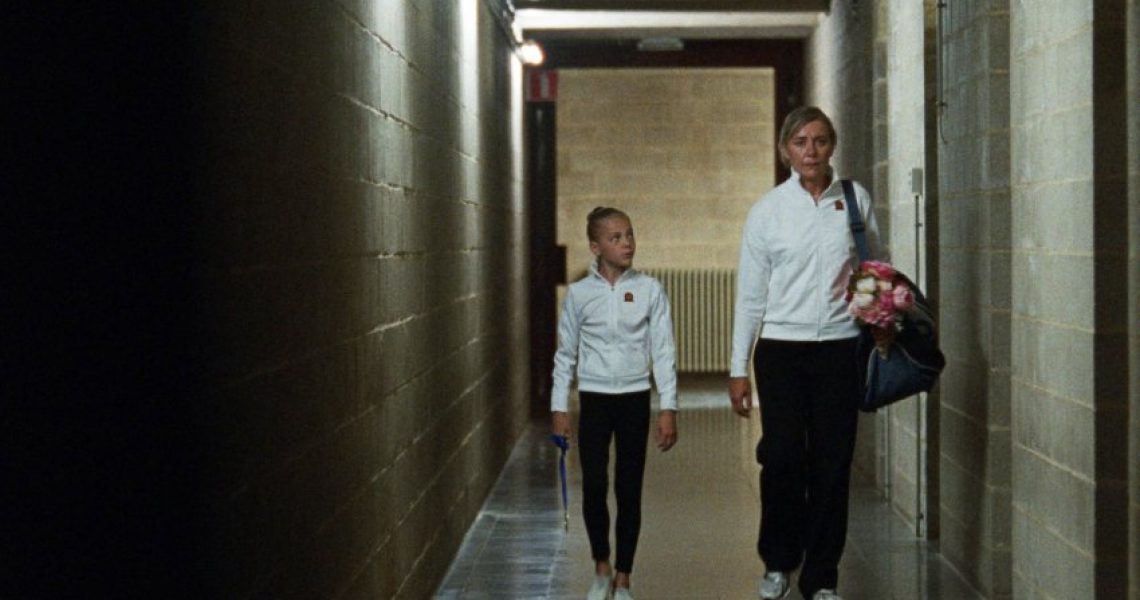 The actor Ernesto Alterio receives the Golden Eagle at the closing
ceremony of the contest, held in a fully online format.

El mártir, by Fernando Pomares, wins the award for the best national
work. The verdict in case of K, by Austrian Özgür Anil receives the
award of the audience and Mascot, by Korean Leeha Kim, is awarded the best animation work

The short film Stephanie, by the Belgian Leonardo van Dijl, has been the winner in the thirty-second edition of the Aguilar Film Festival. This
year the contest has developed all its programming in an online format.
Aguilar Film Festival ended on Sunday with the awards ceremony for the
best shorts and the award of the Golden Eagle to actor Ernesto Alterio.

Stephanie is a film starring Sofie Decleir, Stefan Gota and Charlotte
Verwimp that closes the trilogy that director Leonardo van Dijl has
dedicated to complex relationships within the sports field. The play
tells the story of an eleven-year-old girl educated in self-demand and
in the idea that what is achieved is never enough.
According to a text written by the jury of the Aguilar festival, the
winning film “is a classic work that portrays a rarefied world
reminiscent of the royal courts of the 18th century, where feelings have
to be repressed to promote their own cause. The framing and montage
point to a director with mastery of audiovisual storytelling, while the
script and the performances evoke a great sensitivity towards a young
character who enters a game of self-denial and ruthless determination
”.

Stephanie is the third short film by Leonardo van Dijl, a filmmaker born
in 1991 who had previously shot Get Ripped (2014) and Umpire (2016),
works selected and awarded in some of the main international
competitions. Trained at the Luca School of Arts in Brussels, he is
currently writing the script for his first feature film.

Others awards
In addition to Stephanie, other works stood out in the final winners of
the Aguilar festival. The jury’s prize for the best national short film,
which gives access to the initial selection of the Goya Awards, was won
by El mártir, by Fernando Pomares, while the audience’s prize went to
The verdict in case of K, by Austrian Özgür Anil, film that also won
the best actor award, awarded to Namzi Kirik. For its part, the award
for the best animated short film went to Mascot, a creation by Korean
Leeha Kim that the official jury highlighted “for the elegance and
beauty of its animated images to tell a sad and everyday story subtly.”

Among the winners of the thirty-second edition of the Aguilar Film
Festival are Shoko Hara, best director for Just a guy, and Plamena
Stefanova and Salomé Dewaels will share the award for best actress for
their performances in Nina and Plaqué Or. The last three awards of the
official jury have gone to Duván Duque, best script by Masmelos; Alana
Mejía, best photography for Forastera; and Vanessa del Campo and Karel
de Cock, best edited by Marte, Oman.

Regarding the prizes awarded by other juries, the one in the Spanish
Showroom competition went to El ruido solar, by the Basque filmmaker
Pablo Hernando; the best short film in Castilla y León for De Perfil,
by Alejandro Renedo; and that of the De Campo section for Rural Women, a
Cantabrian production by Marta Solano.
Also, the Critic’s Award went to Yo, by Begoña Aróstegui; the best
short film directed by a woman Dacă ne deșteptăm, by Larisa Faber;
the best original music Sam Orti, for his composition for Rutina, la
prohibición; and that of the Young Jury for The Concierge, by Marcel
Mettelsiefen and Mayte Carrasco. Finally, the Senior Jury award went to
Marte, Omán, by Vanessa del Campo, and the Red Cross award for the best
social values Nina, by Bulgarian Hristo Simeonov.

The 32nd Aguilar Film Festival will offer a selection of 121 short films, among which are the most outstanding productions on the Spanish and international scene