Beethoven, absorbed in his world, composes in the forest under the snowstorm. Johanna, his sister-in-law, the widow of his brother Caspar, approaches him by surprise and chases him through the trees, trying to reach an agreement with him on the guardianship of little Karl. She has won the custody suit, but fears he will appeal and use her influence to regain guardianship. Between them there is more than a tough fight for the child. It is about two untamed, savage beings who fight for freedom. He, a sick and deaf musician who has gone out of style, she, a woman too free for her time, both unable to understand each other and reach an agreement. 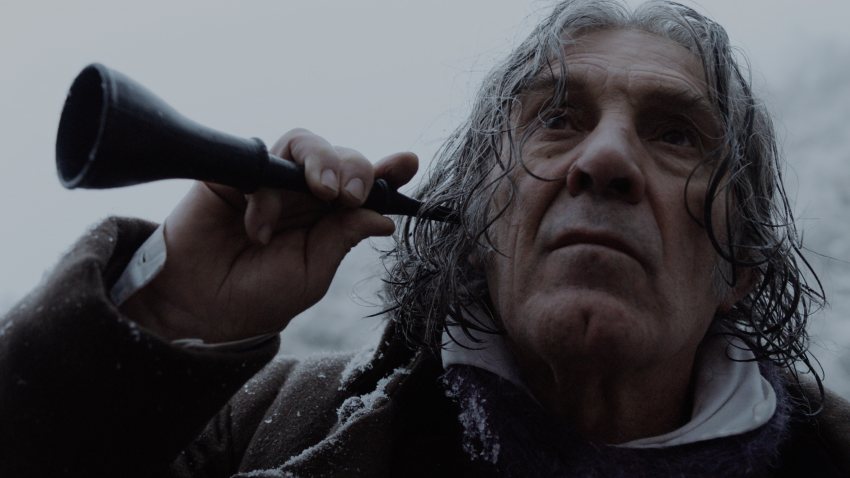