Skip to content
Inicio :::::
Noticias :::::
A selection of the winners of the "Aguilar Film Festival" will be screened in Argentina 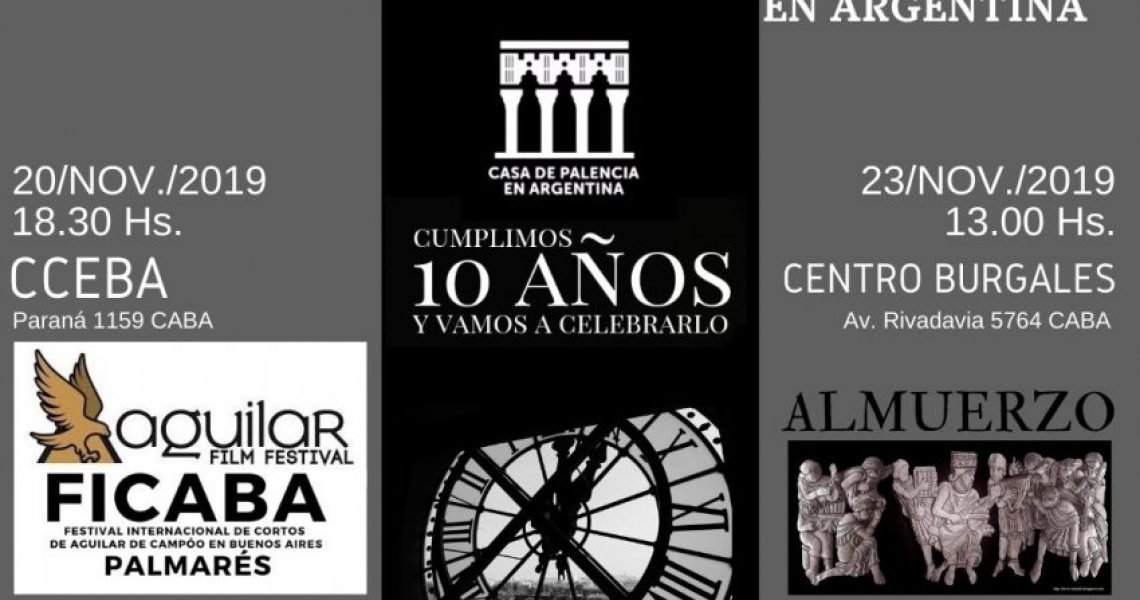 On November 20 at 6:30 pm at the Cultural Center of Spain in Buenos Aires you can see ‘Ancora Lucciore’, ‘De l’amite’, ‘Patchwork’ and ‘Jauría’, awarded last year at the Aguilarense event.

The Consistory of Aguilar de Campoo collaborates with the Casa de Palencia in Argentina – which celebrates its tenth anniversary – and the Spanish Embassy to carry out the initiative.

The Aguilar Film Festival will be the protagonist of the celebrations of the tenth anniversary of the Casa de Palencia in Argentina. And it is that even the Andean country will travel a selection of the winning short films in the last edition of the Aguilarense contest.

Specifically, you can see the winning work in the category of Best Director, Ancora Lucciore by María Elorza. In 1972, in one of his best-known articles, Pier Paolo Pasolini talked about the disappearance of fireflies. After a few months he was murdered. Since then the fireflies keep disappearing. But there are still people who remember them. In addition, the Best National Short Film of the XXX Aguilarense festival, De l’amité, by Pablo García CangaUno has been included in the selection, then two, then three, then two, then one, then zero. Of friendship, of oblivion, of memory. He also received the Best Screenplay and Senior Jury Prize awards.

Patchwork will also be screened, by María Manero Muro who obtained the distinction of Best Female Director and tells the story of Loly, the person who needed a new liver because his was broken.

The selection is completed by the work Jauría de Gemma Blasco. Dogs bark in the neighborhood while David takes Angela to training. Although they are brothers, they do not have much in common. But when night falls, the pack protects itself, above all else. He won the Best Photography and Special Mention awards to the entire cast of actors.

MORE THAN THREE DECADES OF TRAJECTORY. The Aguilar Film Festival is organized by the Department of Culture of the City of Aguilar de Campoo and is sponsored by the Ministry of Culture and Sports of Spain-ICAA, the Junta de Castilla y León and the Diputación de Palencia. Among its main private sponsors are Gullón, Aquona and Renault / Palencia.

A contest that has more than three decades of experience and that has expanded its prestige by being chosen as one of the Spanish festivals that qualify for the Goya / Awards of the Academy of Cinema and Audiovisual Arts of Spain and obtaining the Quality Certificate of the Association of the Short Film Industry of Spain (AIC), occupying one of the first positions in the ranking of Spanish festivals that are prepared each year. A reference and an unavoidable call for filmmakers dedicated to short films from around the world that meet the first week of December in Aguilar de Campoo.